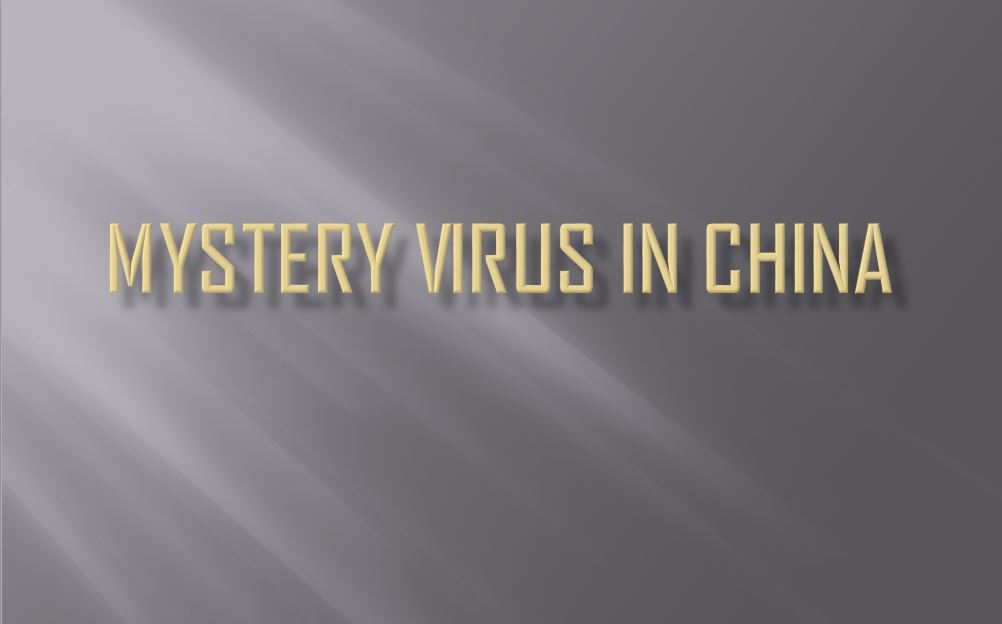 Coronaviruses are transmitted between animals and people, and the outbreak in Wuhan has been linked to a now-closed seafood market where live animals were reportedly sold. Preventive measures were also being taken to protect doctors and health care workers.

Patients carrying specially unknown germs are handled by doctor and nurses, who have no clue, what they are dealing with. Time gap in such patients coming to the hospital and the exact diagnosis of finding a dreaded disease, may be quite dangerous to doctors and nurses.To add to the problem, In large number of patients, exact viruses cannot be diagnosed or even suspected. In many cases of ARDS, the causative organism cannot be isolated or identified. It is important for doctors and nurses to take universal precautions at every level. There can be many more viruses or germs which are yet to be discovered or mutated ones that are unknown.

H1N1, Zika, Ebola, SARS are few examples, just to imagine that they existed and handled by health workers as unknown germs, till they were discovered.

China’s National Health Commission has confirmed human-to-human transmissionof a mysterious Sars-like virus that has spread across the country and fueled anxiety about the prospect of a major outbreak as millions begin travelling for lunar new year celebrations.

Zhong Nanshan, a respiratory expert and head of the health commission team investigating the outbreak, confirmed that two cases of infection in China’s Guangdong province had been caused by human-to-human transmission and medical staff had been infected, China’s official Xinhua news agency said on Monday.

Authorities earlier reported 139 new cases of the new strain of coronavirus over the weekend, bringing the total number of infected patients to 217 since the virus was first detected last month in the central city of Wuhan.

Cases were confirmed in Beijing, Shanghai, and Guangdong province in the south, heightening fears ahead of the lunar new year holiday, when more than 400 million people are expected to travel domestically and internationally.

State broadcaster CCTV said on Monday evening there were seven suspected cases in other parts of the country, including Shandong in the east, and the south-western provinces of Sichuan, Guangxi and Yunnan. Five people who travelled from Wuhan were also being treated for fevers in Zhejiang province.

“People’s lives and health should be given top priority and the spread of the outbreak should be resolutely curbed,” said China’s president, Xi Jinping, weighing in on the matter for the first time.

The strain has caused alarm because of its connection to severe acute respiratory syndrome (Sars), which killed nearly 650 people across mainland China and Hong Kong in 2002-03. Three people have so far died in the current outbreak, which has spread to Thailand, Japan and South Korea.

The World Health Organization has said an animal source was “the most likely primary source” of the outbreak, with “some limited human-to-human transmission occurring between close contacts”. Researchers worry the number of infections has been severely underestimated.