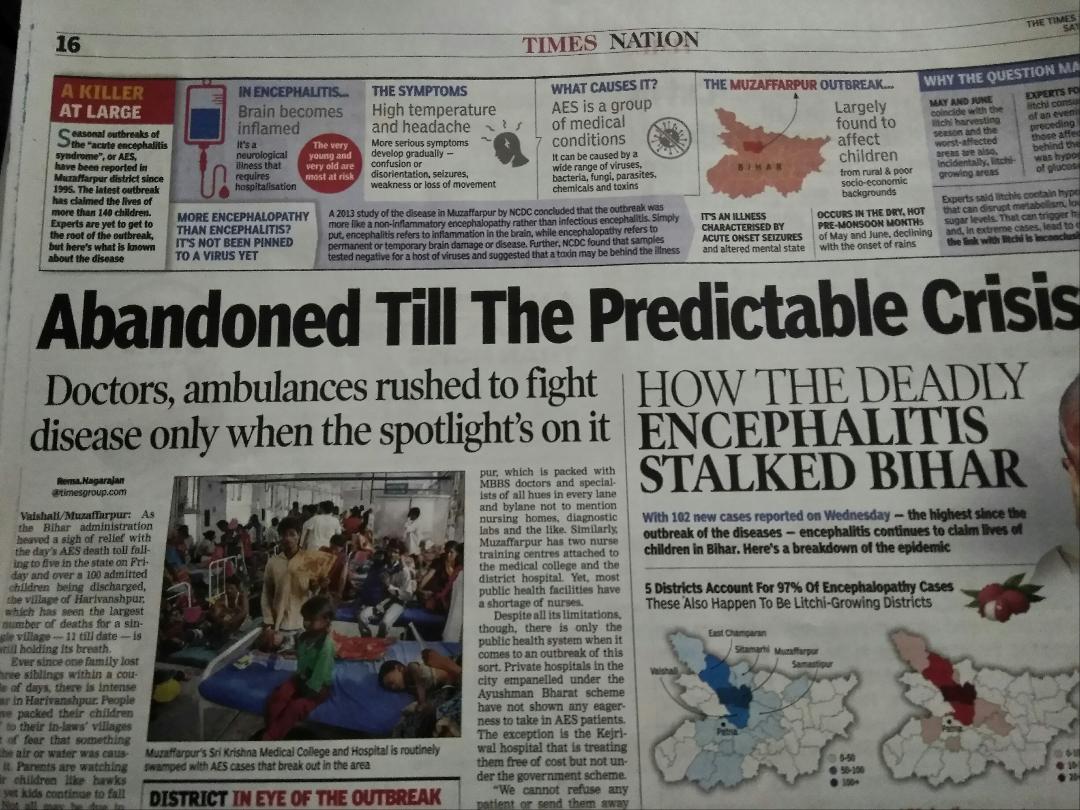 This is just an example how real issues of administrative failure are made to look as doctor’s fault by clever word twisting by media. A Heading in “Times of India” gives an impression that doctors did not respond to encephalitis cases early and did so after spot light of media. Whereas content of news item correctly putforth the administrative issues. An application of average wisdom will always misinterpret it as doctor’s fault. No doctor will be able to leave his place of work without an administrative order.

Now issue comes whether such word twisting is deliberate or just a mild error, or just an ignorance about working of medical system. It is hard to believe that national daily like Times of India is ignorant about the working of medical system. It is a simple fact that no doctor by himself can leave his work place or patients, to visit Bihar. It will always a administrative decision to send them, if some crisis is there.

Such language errors are also not expected from such highly esteemed newspaper.

Are these word twisting a deliberate attempt to sway public opinion, so as to camouflage administrative failure. By an average wisdom, using such language, buck stops on the doctor. No one even thinks about the large and powerful administration and health industry, which has decisive powers but remains invisible. Media by making such carefully worded headlines keeps that veil intact for the powerful administration.

Similar or even more word twisting has become common blaming doctors. But sadly in the process doctors are made scape- goats and always bear the brunt of public ire.

This is just an example, how innocuous looking word twisting can shift blame to doctors, whereas in reality these are administrative failures.